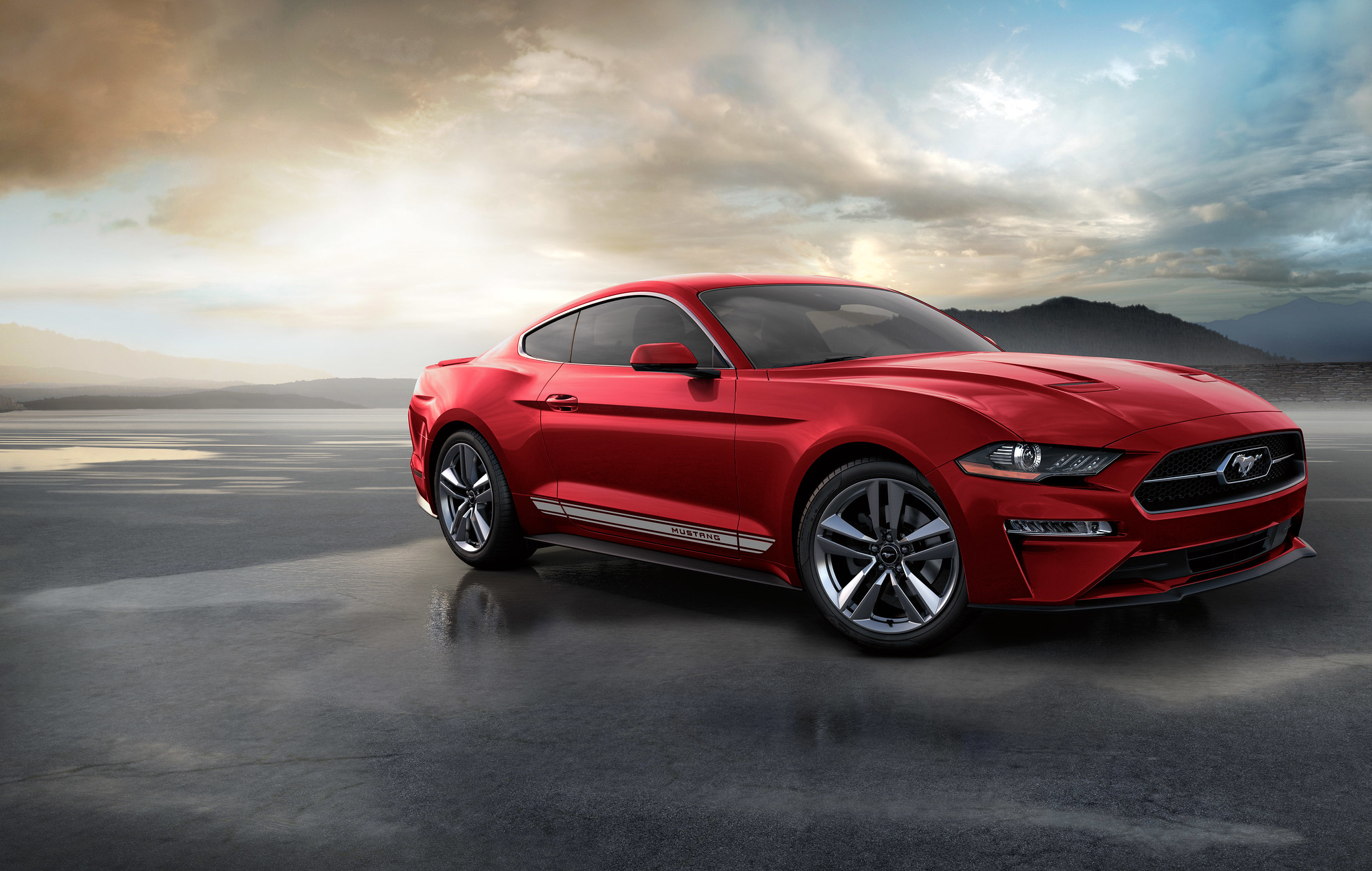 Apply For Financing
Used Ford Inventory
Click to Call
For the past five decades and counting, no name has awoken a spirit of strength and freedom quite like that of the Ford Mustang. From its creation in the early 1960s and ostentatious world premiere to the new horizons it’s reaching today, the storied history of Ford Mustang only solidifies its status as an enduring American icon.

From pen and paper to prototype

Born from a protype for a two-seat, mid-engine roadster, the Ford Mustang first came to being as a concept car in the early 1960s. Before it got its iconic name, however, there was some debate what to call it: Designer Gale Halderman — whose sketch inspired the final look of the Mustang — wanted to call it the Cougar, and Henry Ford II preferred the iconic Thunderbird name. The now-legendary name ultimately came from John Najjar, who co-designed the original prototype Guided by the hand of Lee Iacocca, the car that would become the Mustang leveraged the platform of the Ford Falcon, giving it a bigtime focus on fun.

On April 17, 1964, the 1965 Ford Mustang debuted at the New York World’s Fair and changed the world in a moment. Though the first Mustang had already sold a couple days prior by accident, the effective launch date of the all-new Mustang was a roaring success that saw dealerships part with some 22,000 cars on the first day. Three months from launch, the 1965 Ford Mustang surpassed its initial sales projections of 100,000, and it smashed through 1 million sales within 18 months. The original Mustang set the tone for the next 50-plus years with the introduction of legendary options like the GT Equipment Package and the Mustang Shelby.

For 1967, the Ford Mustang got longer, wider, and heavier, allowing it to accommodate a massive 6.4-liter V8 that put out an impressive 335 horsepower. Bigger and better stayed the trend in 1969, which saw the launch of three iconic nameplates: the Mach 1, Boss 302, and Boss 429. With more muscle under the hood, the Mustang continued to thrive as a favorite among everyday drivers and weekend track warriors. It was also during this era that the Mustang made its biggest splash on the big screen, appearing in the iconic chase sequence in the film Bullitt.

What does the Fox say?

Starting with the 1979 Ford Mustang, the new Fox platform became the underpinning for the beloved sports car. This change resulted in more space in the backseat, more trunk room, and a new style that has become uniquely iconic in its own way. Importantly, the 1982 Ford Mustang reintroduced the GT to the lineup with a high-output 5.0-liter V8, and that’s remained a staple of the Mustang corral for nearly 40 years. Speaking of power, 1984 saw the launch of the Mustang SVO, which presaged today’s Mustang EcoBoost® with a 2.3-liter turbo-four. The Fox platform remained the foundation of the Mustang for 25 years.

The classic comes roaring back

With the 2005 Ford Mustang, the goal was to throw it back to the classic style of the 1960s. The result was so impressive that competitor cars like the Chevrolet Camaro and Dodge Challenger rose from the dead to try and challenge it once again. This new Mustang boasted hallmark design cues like tri-bar taillamps, shark-bite nose, and round light elements in the pony-emblazoned grille. Keeping with the idea of retro-futurism, this era of Mustang brought back the Boss 302, Cobra Jet, Bullitt, and GT California Special models.

Welcome to the present and the future

The 2015 Ford Mustang once again changed the game for the legendary pony car and celebrated 50 years of excellence. Not only did it finally take the Mustang worldwide by debuting in several as-yet-untapped global markets, but it brought out more innovation than ever before seen in a Mustang with technologies like SYNC® and Ford Co-Pilot360™. The sixth-generation Ford Mustang has also hit its fair share of benchmarks with the likes of the 2020 Mustang Shelby GT500, the most powerful street-legal production car Ford has ever made, and the upcoming Mach 1, which will be the most track-capable V8-powered Mustang ever built. Ford also changes the game yet again with the introduction of the all-new Mustang Mach-E, a Mustang-based electric SUV with incredible range and equally incredible performance potential.

Driving a Ford Mustang has been synonymous with the American dream for over 55 years. Check out our selection online, and when you see the one you have to have, stop in and take one for a test drive.